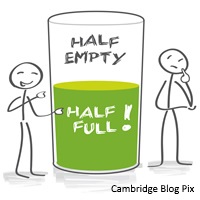 This post is from Dictionary Blog by Cambridge Dictionary

A reader of this blog recently asked for a post on idioms that are used in everyday English. This seemed like a reasonable request. After all, if you are going to make the effort to learn a set of English idioms, you want those idioms to be useful. The question, then, was how to decide which idioms to write about. There are a great number of idioms in the English language, but some are rarely used. In the end, I decided to keep an idioms diary for a week, and make a note of any idioms that I heard people use in conversation. From this set of idioms, I chose a few that I considered to be common in contemporary, conversational English and have presented them here.

Early in the week, a radio presenter told his colleague that she was ‘opening up a can of worms’ when she said something that many people would disagree with. A can of worms (informal) is a situation or subject that causes a lot of problems or arguments when you start to deal with it or discuss it. The verb ‘open (up)’ is often used with this phrase. The same presenter later talked about occasions when he really wanted to say what he thought, but instead ‘bit his tongue’. To bite your tongue is to stop yourself from saying something that might upset someone or make them angry.

A friend commented that her husband was a ‘glass-half-full person’. This idiom (which has a number of variations) is heard so often, it has become a cliché. A ‘glass-half-full person’ is an optimist, someone who always thinks that good things will happen. Meanwhile, as you might imagine, a ‘glass-half-empty person’ is a pessimist, someone who always thinks that bad things will happen. (The idea here is that two people can look at the same glass and see completely different things. The optimist sees only the drink that is still there and the pessimist only the drink that has gone.) To express the same idea, people sometimes remark that a particular person’s ‘glass is always half full/empty’.

On the same day, a woman sitting near me on the train told her friend that she didn’t ‘see eye to eye’ with her sister-in-law. If you don’t see eye to eye with someone, you have different opinions. She also complained about her brother, saying that she was ‘tired of waiting for him to get his act together’. If you get your act together (informal), you start to do things in an organised and effective way. The idiom can refer either to a particular piece of work or to someone’s whole life.

At the end of the week, my sister reported that she had ‘bitten off more than’ she ‘could chew’ with a project at work. To bite off more than you can chew (informal) is to try to do something that is too difficult for you or involves too much work. This idiom reminded me of something that I frequently say to my food-loving 8-year-old son: Your eyes are bigger than your stomach! This is said to a person who has put too much food on their plate and cannot eat it all.

From story writing to film scripting, a little bit of here and there goes a long way. I'm making change, bored of whinging why there isn't change. View all posts by Ariv