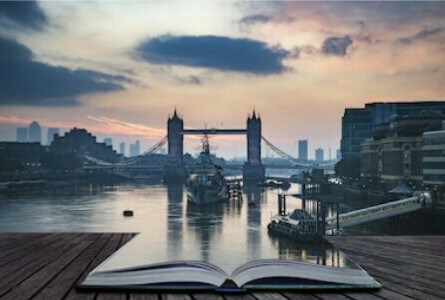 Question: Education is the most important factor in the development of a country. Do you agree? Justify your stand by giving relevant examples where appropriate.

Throughout our lives, we are living and breathing in an immense immersive classroom, designed for us to explore and discover endless possibilities with our mental faculties. This classroom is Earth, and our timetable Life. Yet for the first two decades of our life we are not left to roam in this bank of knowledge in a nomadic fashion, but rather led by kind words and chalk-covered hands, to give us the foundation that will help us shape the world. This is our formal education, 12 years of solid groundwork before we venture out to build our nation. Is it important? Is education, in general, important? I believe it is a vital, indispensable factor in the development of a country, in terms of developing our future leaders’ minds and souls, to reach further heights in our economic development and as a device to strengthen diplomatic relations internationally.

Education moulds the building blocks of our nation – our youth. Without education, our young would be blind to politics, to history, to law, to the science behind the machinery they used. Without education, our homeland would not have had engineers to craft the North-South highway, nor would it have produced geniuses like Pua Khein Seng who invented the pendrive and brought glory to us all. Education opens minds to the intricacies of language and communication, a vital tool in whichever field to evade manipulation in making deals, especially important considering the flood of foreign building companies involved with national projects such as the Chinese Construction Company’s vested interests in the second and third MRT lines. Education opens minds to science and technology as well. With the government’s emphasis on STEM, this will likely propel more members of Generation Y and Z into STEM-related fields, thus encouraging local participation in government-linked initiatives, making our strides to development more confident, independent and free of foreign interference. The country’s cogwheels are spinning well, but it takes an injection of new, educated, innovative and insightful blood into the machinery to ensure that our nation will continue to look forward and not backward.

Apart from that, education plays an important role in fortifying the economic development of a country. Let us break this into three parts. Firstly, education at all levels, be it preschool or lifelong studies, is cranking up a surge in English proficiency in Malaysia. Government servants have to take enrichment classes to gear up, secondary schools are casting out local tailor-made English textbooks for the PULSE series from the United Kingdom while English Language school teachers have to be reassessed in order to determine if they are up to par. All these actions are part of our education system’s efforts to save our English proficiency from going down the drain. For what means? In order to have an internationally-competent workforce to enable smooth communication with foreign investors, giving us one up on the southeast Asian countries which flail helplessly in this aspect (with the exception of Singapore). Secondly, equal emphasis on science-stream subjects and arts-stream subjects in the national curriculum (STEAM) will churn out batch after batch of well-rounded graduates, instead of one-sided math nerds or businessmen without any logical marketing ideas. We require intellectuals which have the analytical minds fuelled by scientific studies in schooldays with the innovative outlook brought on by Visual Arts lessons in order to break into the saturated field of inventions and produce in the international market. Thirdly, the new government’s initiative of reintroducing TVET (Technical and Vocational Education and Training) as a mainstream choice should be lauded, as this is a vital part of education that has been snubbed by locals for the past few decades. Graduates from such courses have no end of opportunities to be self-made or to join a firm in order to contribute to our economic growth, instead of leaving the mechanic’s tools to immigrants.

Besides, diplomatic relations would be greatly enhanced by proper education in a few fields. Once again language proficiency is a core aspect of welding firm relationships, as translation mistakes have caused a great deal of embarrassment in relations such as during the Cold War between the United States and Russia cost them animosity for over a decade. The fluency in the hospitality and tourism workforce in international lingua franca such as English and Chinese has to be levelled up to attract tourists who would feel at home with a familiar tongue in an unfamiliar land. They must also be ethically well-grounded to be friendly, caring and tolerant of foreign foibles and mannerisms, which should come from a solid moral education in the classroom and at home. Our politicians must also be schooled to speak with tact and grace, to save our nation’s face in international forums and press conferences. Given our government’s inclination towards policies such the Look East policy of the Mahathir regime and the recent collaboration with China on their ambitious One Belt One Road scheme, it is safe to say that these baby steps in our education would be more than enough to strengthen our diplomatic relations with global powerhouses like China.

In a nutshell, education is, without a shadow of doubt, the most important factor in the development of a country, especially in grooming its youth, in boosting its economic development and in solidifying diplomatic ties to uphold our national image. As Nelson Mandela said, “Education is the most powerful weapon one needs to change the world”. Education needs to be reformed at all levels for a nation to grow unhindered by ignorance and stupidity. Under the government policies on education, we should allow the minds of young saplings to flourish, and the dead bark of old set notions to be scraped away. Only then will a country spread its wings and soar.

A learner and a mentor; A reader and a writer; In two worlds, two minds, two souls View all posts by En